“Save on the PTT by purchasing the shares of the numbered company that holds title as Bare Trustee,” reads the realtor comments section on the Multiple Listing Service (MLS) page for a triplex in Kitsilano. “Seller is licensed Realtor”

The owner of the property is listed as the numbered company 1069952 BC LTD.

The director of the numbered corporation is a certain Eddie Chiu according to BC corporate registry. 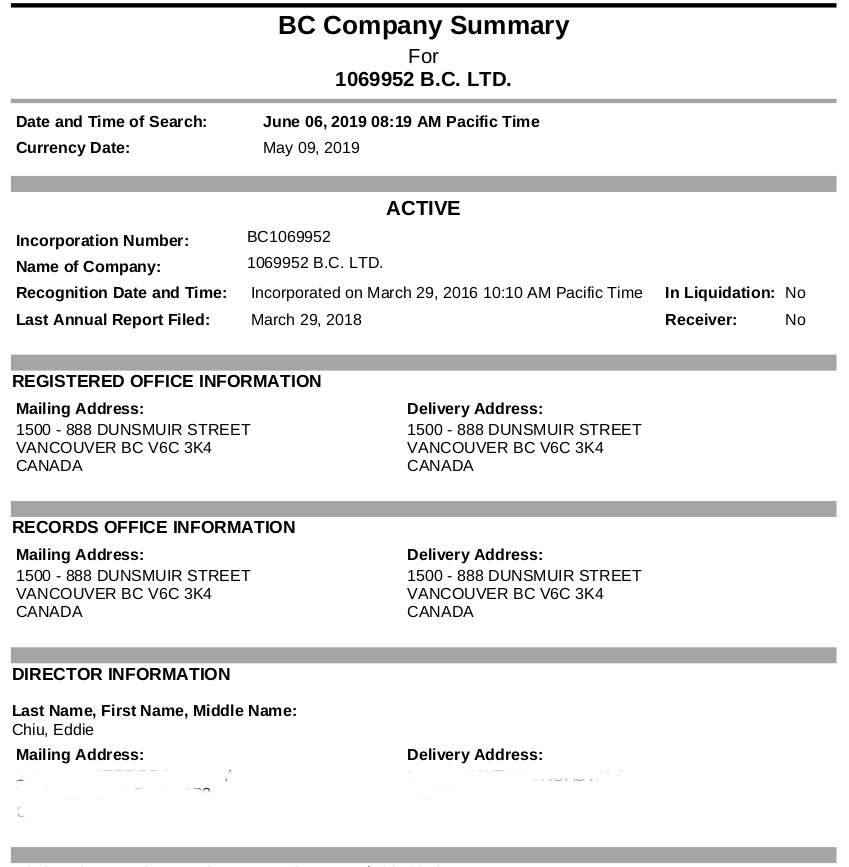 Province’s NDP government last fall announced that it was outlawing the use of bare trusts for the specific purpose of skirting property transfer tax 1.

“Our government has been clear that the days of skirting tax laws and hiding property ownership behind numbered companies and trusts are over. Not only is tax evasion in real estate fundamentally unfair, but it’s driving up the cost of housing for people who live and work in our communities,” Carole James, Minister of Finance said. “These changes give authorities another tool to make sure people are paying the taxes they owe.”

The realtor’s remarks appear to fall afoul of the new rules:

Starting Sept. 17, 2018, the new property transfer tax return will require people to report additional information when a transaction is structured through a corporation or trust. This will allow government to identify people with a significant interest in the property, and ensure the correct amount of tax is paid. The updated return will require the following additional information: