$3.4 billion worth of homes flipped in Vancouver during pandemic

The pandemic is bringing misery to millions of Canadians as Covid-19 leaves tens of thousands dead, economic turmoil, and political upheaval in its wake.

But for real estate flippers, this global health crisis has proven to be a boon. Real estate speculators have flipped ‒ bought and relisted a property within 12 months ‒ a staggering 2,639 homes in Metro Vancouver worth $3.4 billion in less than two years.

One in 12 (8%) single family home listings are now flips. We have not witnessed such high levels of speculative activity since the 2015 real estate frenzy.

And the flippers are making it out like bandits.

The speculative market has allowed flippers to rake in the dough. But it’s been a disaster for renters and those trying to buy a home to live in, as home prices keep reaching new heights and show no signs of retreating. 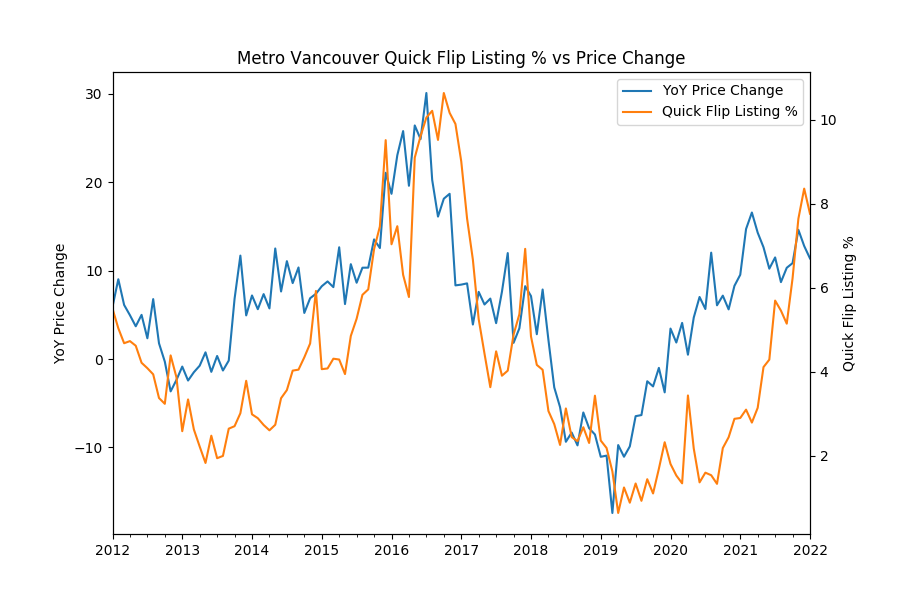 The Liberal Party promised to introduce an anti-flipping tax during the last federal election. Four months have passed since the Liberals were returned to power, but Prime Minister Justin Trudeau has not made any moves towards clamping down on real estate speculation.

Many in Vancouver are not surprised by PM Trudeau’s lackadaisical approach to tackling real estate speculation. After all, Vancouver Granville Liberal MP Taleeb Noormohamed, is among those who’ve profited off the flipping pandemic.

Here’s a list of properties that are currently on the market that were bought within the last 12 months.