The successful quick flip rate (QFR) for single detached properties plunged to just 0.3% so far in April 2022, after hitting a six-year high of 5.7% in November 2021, an analysis of preliminary data shows.

A quick flip is classified as a property put back on the market within 12 months of it being purchased. The successful quick flip rate is the proportion of quick flips that are sold within all sales.

“With the economy moving into excess demand and inflation persisting well above target, the Governing Council judges that interest rates will need to rise further,” the Bank of Canada announced on April 13 1. “The policy interest rate is the Bank’s primary monetary policy instrument, and quantitative tightening will complement increases in the policy rate.” 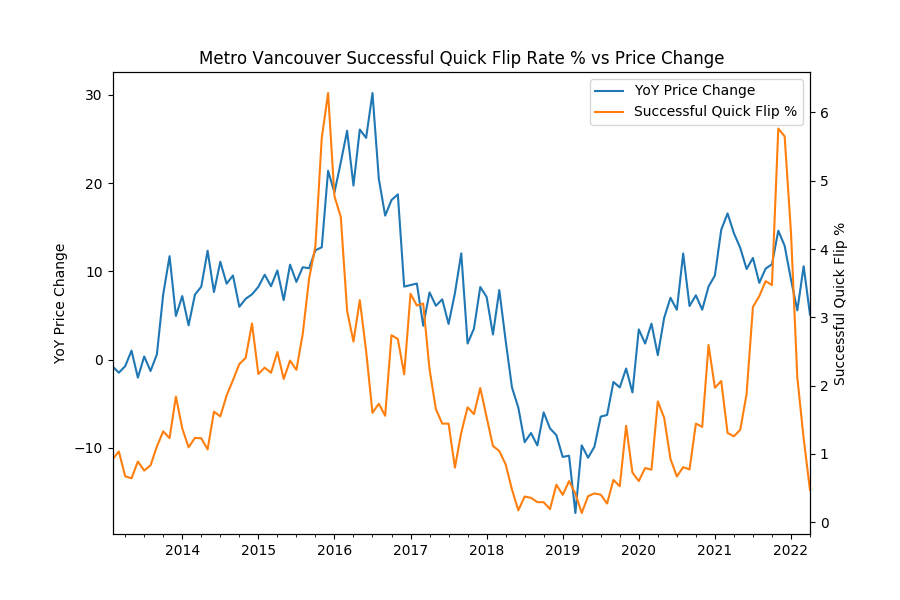